2022 was mainly a year of refinement for Samsung. Rather than making radical changes, the company focused on improving its products with modest, but essential, upgrades. We saw that in the Galaxy Flip 4the Galaxy Fold 4, and even the new Galaxy Watch 5 series, which felt more iterative than innovative. The Galaxy S22 series would also have been a modest upgrade if the Galaxy S22Ultra that brought the Galaxy Note back to life. We’re glad Samsung was able to deliver quality products this year, but it means that the coming products have some big shoes to fill.

The first in line to receive an update in 2023 is the Samsung Galaxy S23 series. What could Samsung possibly have in store for this upcoming lineup? Will it be a major departure from what we already have, or will Samsung stick to the basics to deliver a modest but appreciated upgrade to the Galaxy S22 series? Here’s everything you need to know about Samsung’s S-series flagships for 2023.

Samsung has managed to keep the prices and release date of the Galaxy S23 series a secret. But if we were to guess, the Galaxy S23 phones should cost the same as the current flagships. There’s not much room to lower prices without sacrificing quality at the moment, and the company has already dropped the price significantly in 2021 with the Galaxy S21 series. It’s much more likely that Samsung will raise prices depending on what upgrades it brings to the table this year.

The Galaxy S23 phones should cost the same as current flagships.

Samsung has historically launched its Galaxy S series flagships within the first few months of the year, and we expect that to continue. The company is said to have plans for a release early February this yearso it’s safe to assume that the new flagships of the Galaxy S series will launch then.

We’ve already seen a few leaked renders of the Galaxy S23 series and leave almost nothing to our imagination. The The Galaxy S23 Plus leaked firstfollowed by the vanilla Galaxy S23 leakand then finally the Galaxy S23 Ultra is shown. Here, take a look:

Looking at these leaked renders, it’s safe to say that only the regular Galaxy S23 and the Galaxy S23 Plus show noticeable differences from the existing models. The Galaxy S23 Ultra follows the same design language as the Galaxy S22 Ultra.

Samsung is also expected to go all-in on Qualcomm’s new Snapdragon 8 Gen 2 chip instead of splitting his inventory to use his own chips in many regions. It’s hard to say if we’ll see a new Exynos chip next year, but there’s more on that in our wish list below. Samsung would also put a larger battery in both the Galaxy S23 and Galaxy S23 Plus next year. Both phones are said to get a 200mAh boost, but there’s no official confirmation yet.

It looks like the Galaxy S23 Ultra will get a major camera upgrade this year. While both the Galaxy S23 and Galaxy S23 Plus are expected to carry the same wide, ultra wide and telephoto cameras from the existing models, the Galaxy S23 Ultra is said to get a 200MP ISOCELL sensor. There is no official confirmation of this either, but this piece of information comes from a reliable source with a proven track record of accurate leaks.

There’s little other information leaked at this point, but we’ll keep an eye out for updates to add more details to this page ahead of the big reveal next year.

There’s only so much you can do to improve the already excellent Galaxy S22 series best phones released this year. Samsung doesn’t need to change too many things for its upcoming phones to shine, but here are a few ways some of our XDA staff think the new phones could be better than last year.

Like I said when I revisited the Galaxy S22 after using it as my primary phone for over 6 months, my biggest complaint was the battery life. It struggled to last a full day even with moderate use, so I didn’t feel comfortable recommending it to others. Samsung has reduced the size of the batteries in both the Galaxy S22 and Galaxy S22 Plus this year, which is part of the reason we’re here. The battery situation isn’t as drastic on the Plus model, but the vanilla Galaxy S22 really struggles to keep up.

I’ve heard rumblings of a small battery size bump for both the vanilla model and the Galaxy S23 Plus, but I wonder if it will be enough. Sure, the new Snapdragon 8 Gen 2 is expected to be more power efficient, but I also want a significantly larger battery to ease the battery pain. It’s just nice to be able to rely on two things to make these phones last longer rather than putting all the eggs in one basket. – Karthik Iyer

Exynos or Snapdragon? It’s harder than ever to say

The Samsung Galaxy S23 series is expected to feature the newly launched Snapdragon 8 Gen 2 chipset, the latest and greatest flagship Android SoC. With its improved power efficiency and beefed-up GPU, it should be a noticeable step up from last year’s models, though it remains to be seen how the chip performs both in benchmarks and real-world use.

Whether Samsung plans to launch an Exynos variant in some regions is hard to say. Last year’s model had many problems with Exynosand given that the company launched a Snapdragon variant in its home country of South Korea, where it would normally launch with Exynos, it seems Samsung was aware of at least some of those issues.

If the company were to launch an Exynos 2300 chipset next year, we might see the arrival of its 3nm GAAFET production node. However, reports suggest that the GAAFET production node is experiencing delays due to low yield, which may also play a role in why rumors suggest Samsung will adopt a Snapdragon chip this year.

Also, at this year’s Qualcomm Summit in Maui, Qualcomm announced that Samsung is now the official showcase partner of the Snapdragon Pro series. While the chipset situation is currently up in the air, it seems quite likely we’ll see a Snapdragon 8 Gen 2 in more S23 models than ever before. -Adam Conway

Forget more pixels, give us a bigger sensor! 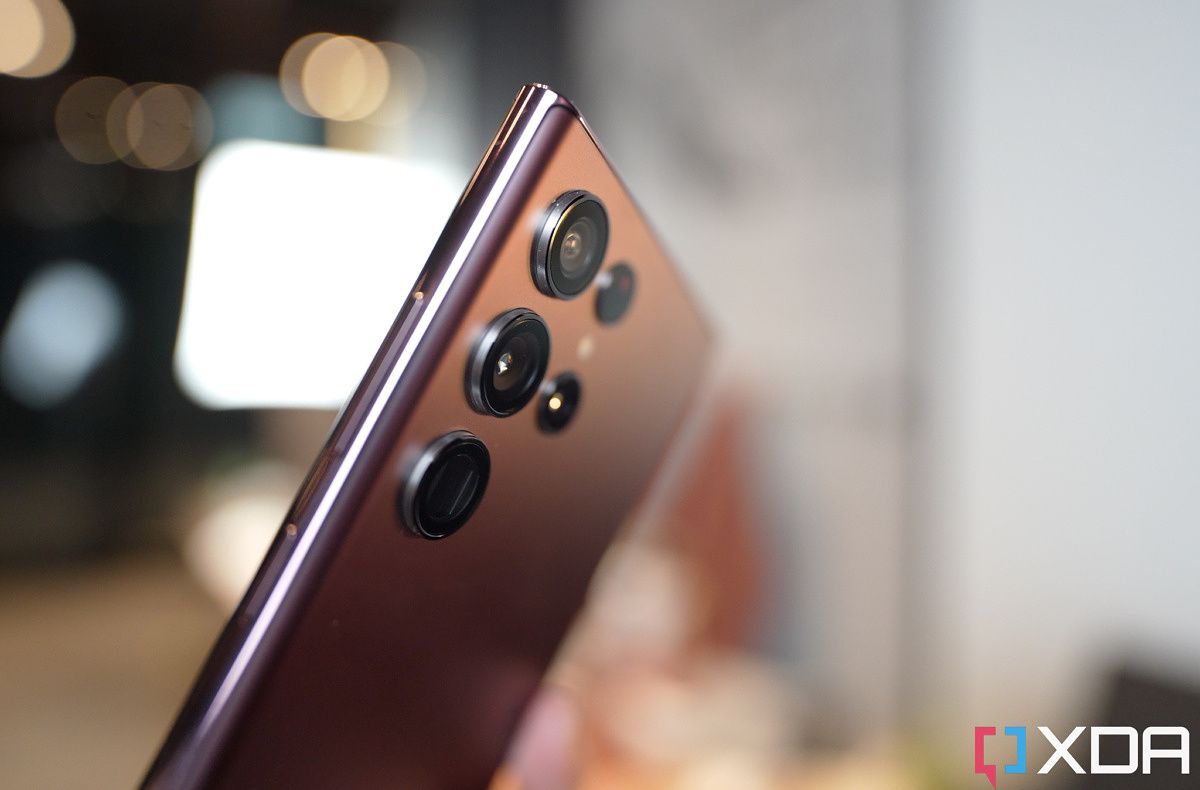 While nothing is official, reliable rumors shared by leaker Ice Universe suggest that the top of the line Galaxy S23 phone, the Ultra, will get a 200MP ISOCELL sensor upgrade for the main camera. While a 200MP camera – that’s 200 million pixels – certainly sounds impressive, it’s also a bit of a gimmick. With that many pixels, Samsung can do more aggressive pixel binning and produce “lossless 2x zoom” via in-sensor crops. These are useful features, but there are definite drawbacks to having so many pixels, such as needing more light to fill all the pixels and more time for autofocus to work.

Ask any photographer or read a camera blog and the consensus is clear: more megapixels does not mean a better camera. In fact, the megapixel is perhaps the least important factor in how good a camera is these days. Things like sensor size are significantly more important. This is evident in how Google and Vivo’s flagship phones have used 50MP cameras for the past two years (ironically, these are also Samsung sensors), and are widely believed to be superior to the Galaxy S21’s 108MP camera /S22 Ultras.

More megapixels does NOT mean a better camera!

The 200 MP sensor that the Galaxy S23 Ultra is rumored to use has a 1/1.3-inch sensor, which is tiny by 2023 standards. The iPhone 14 Pro has a larger image sensor and the 1-inch Sony IMX989 sensor that is in the Xiaomi 12S Ultra and the upcoming Vivo X90 Pro Plus are significantly larger. A larger sensor captures more light and image information, resulting in better dynamic range, more natural depth of field, and simply more information for the smartphone’s ISP to process.

Frankly speaking, it is already too late for Samsung to make any changes to the S23 series as the phones are in the mass production phase. So we can hope that the information leaked is wrong, or that Samsung has developed creepy software processing tricks to bridge the difference in image sensor size. – Ben Sin

It’s no surprise that Samsung showed more love for the Galaxy S22 Ultra by equipping it with all the bells and whistles so that it could convince users to spend more money. Paying a high price for extras like S Pen support and the Periscope zoom lens is nice, but it shouldn’t be for something as simple as storage.

Well, that’s all we have on Samsung’s upcoming flagship, but we’ll be updating this post regularly with more leaks, rumors, and other information, so stay tuned.

Slow internet? Bluetooth blues? These tips can fix 99% of your tech problems

If you've been bothered...

Tech companies such as Asus, Lexar, ViewSonic, Lava and Portronics this week (December 19-25) launched a new line of smartphones, smartwatches, speakers and more,...